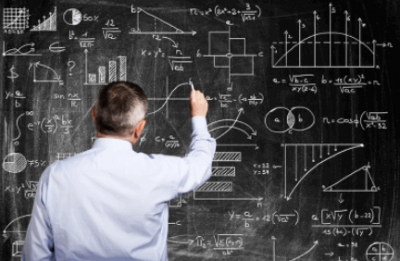 I want to tell you how to use indicators when developing trading systems.

And it will be a series of posts about it. Reading this series you will discover many indicators, both standard and not so. And also how to use them

Today it is Moving Average. The most common indicator is able to give profit by trend strategies.

I' m a programmer. And I have been developing mechanical trading systems for several years as well.

As it turns out, I am periodically asked to write a robot with a non-working strategy. The robot's specification is being dropped off, and this trading robot

So, for example, last week a message came with a request to write a robot. The algorithm that the client wanted to order consisted of SMA signals at

entrance plus use of tags(takeprofit) and stops. But the profit was not "leaking". There was a hard stoploss that broke all principles of trend trading.

Oh, i'm a good programmer, i had to tell user that this is a "loss-making strategy" and refuse to implement it.

This is how I came up with the idea to write a series of posts about indicators and strategies based on them. Probably, it will help more than one

Moving Average. What is it?

Moving average (MA) - a common name for a family of functions, the values of which in each point of determination are equal to average value of

original function for the previous period.

For simple SMA(Simple Moving Average) formula will look like this -

Opening, Volume, Open and Close Differences, Average Candle Price, etc. That's all. SMA is the average value for period. If you want to speed up the

approximation of the average MA price to current instrument price, you should reduce the period value or use EMA (Exponential Moving Average). For

its calculation the following formula is used

and smoothing is done by coefficient

The idea of EMA is that weight of last values for the period is higher than the first ones and weight of exponent increases.

Besides these two, you can draw several more types of Moving Average. But I will not consider them further. This does not change their meaning in

The idea in trading

Usually indicator is used in trend trading. To do this, you take two ma, one slow and other fast.

And then we test following market inefficiencies:

1) The tendency will remain rather than change;

2) The ordinary mortals can' t hold position. And it is necessary to give profit to leak.

Searching for a trend

To do that, we'll use crossover of slower ma by faster. Nothing could be simpler. However, this allows us to determine the beginning of tendency.

Give profit to leak

To do this, simply use Moving Average as a floating stop. So, at moments when market is going upwards, we will be able to take all movement.

As can be seen from the picture, profit taking is a bad idea prematurely. You can also see that this strategy has more loss-making trades than profitable

ones, but visually we can say that profit from profitable trades will cover a lot of loss-making ones.

It's the same without stoploss and takeprofit, just crossing ma.

trading. And you can easily convince yourself of it, if you find the energy to start algorithmize your strategies.

I have seen working trend strategies with hard take Profit. But this is very rare. In most cases, you shouldn't strictly limit your profit.

Strategies with a large number of losing trades are hard to trade mentally. Even if risk/profit ratio is excellent, you can give up before time. And I do not

recommend to trade them by hand. It will end sadly(