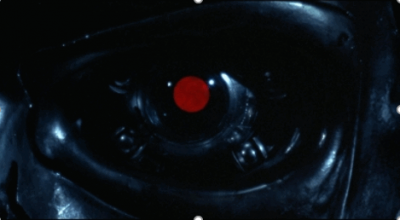 Excerpt from an unpublished article by an unknown author:

"Long months of hopeless hell. Dizzy. My fingers are in bloody ointments, and my eyes seem to have tucked in mustard. -

Damn it! I haven't slept in two or three days...

I look at result and can't remember how it should look. These huge and ridiculous crutches are all around. Everywhere you

look, right up to the horizon. These fucking crutches support skies. Pink, purple, arched, spherical. I had to do it over and

over again. Everything was useless. (Crying) The library was sinking and falling. Hands were falling. Neither a debugger nor

a beer hat filled with alcohol helped. You know, several times I was one step away from sending developers an envelope

The strangest three paragraphs I've ever seen. The author was clearly out of his mind...

I'm finishing fifth project at StockSharp. I was writing robots using Wealth-Lab. Exploring TsLab. Then I wrote my terminal

In general, now I can even tell that I enjoy everything.

- Its additional interfaces for connectors.

- My journal and my position controllers in strategies.

Don't trust anybody, write until you win, that's my programming philosophy. That's philosophy conceived by blood and stuff.

And I still sometimes give up .

And this post is about the most important thing. About what a programmer does as a programmer.

And the most important

Patience (Wiki) is the ability to endure difficult circumstances such as perseverance in the face of delay; tolerance of provocation without responding in annoyance/anger; or forbearance when under strain, especially when faced with longer - term difficulties..

Many people are not aware of such cases. But the main thing that a programmer does is to be a programmer it's - patience.

And further you can do something terrible and disgusting, the more you are a dangerous programmer.

With coolness of pumping this Skill you become available technology with a "high level of entrance.

Such as StockSharp, miners, etc.